In an Australian first, Elleebana and Lashjoy have joined forces to put Australian lash talent on the global stage.

The two companies were on the lookout for two “outstanding lash stylists” to represent Australia at next year’s Lash World Cup in Amsterdam.

According to Elleebana director Otto Mitter and LashJoy owner Joy Crossingham, the World Cup, which will be held in February 15-16, is an outstanding opportunity to showcase Australian lash artists.

“We felt the competition was of an exceptional standard,” he said. 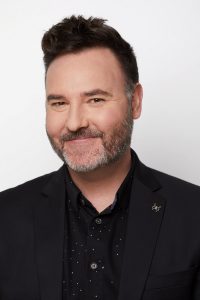 “We were not only impressed by the high quality produced by representatives from each country but also the calibre of the Lash World Cup team for putting on such a prestigious event and strongly believed that Australia needed to be involved.”

NOTE: Entries are now closed, but stay tuned for the winning stylists who will receive a return flight from their capital city to Amsterdam for the Lash World Cup in February as well as five nights’ accommodation at the Van der Valk Hotel A4 Schiphol and an entry into a Lash World Cup 2020 category of their choice.

Otto is one of those people you can’t get enough of!! His positivity is contagious, his knowledge empowering and this is what makes him the perfect mentor. I’ve had the pleasure to work with Otto over 5 years now and his professionalism hasn’t stopped to amaze me, I can see it shine through his whole Team and together they provide industry’s most caring customer service. Otto’s philosophy is simple – treat everyone like family and he really means everyone – I see it from customer, student, Instructor and distributor level.

There’s no question if Otto is a perfect example of a leader, the question is, where does he find the inspiration? I see him being excited by providing best possible service and excel his product range and this is what has been the driving force to upmost amazingness.